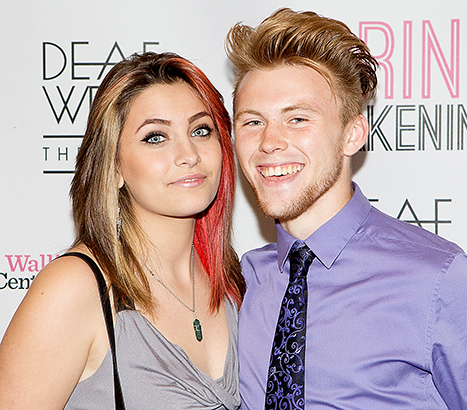 All grown up! Michael Jackson’s only daughter, Paris Jackson, stepped out onto a red carpet with her boyfriend Chester Castellaw for the first time on Thursday, May 28, in Beverly Hills.

PHOTOS: Michael through the years

The 17-year-old, who attempted suicide in 2013 following her father’s 2009 death and later checked into a rehab facility in Utah for treatment, looked healthier than ever as she posed alongside her soccer playing beau, 18, at the opening night of Deaf West Theatre’s production of Spring Awakening.

According to an eyewitness, the teen and her beau stood quietly close to each other off to the corner for about five minutes before they made their way to their seats.

The legendary late singer’s daughter will soon be the star herself, playing the lead role in the upcoming film Lundon’s Bridge and the Three Keys, scheduled to be released in 2017.

Jackson and Castellaw were first photographed hiking in Los Angeles this past April and are both listed as “in a relationship” with each other on Facebook.

PHOTOS: Paris and her brothers